A downloadable game for Windows

CATACLYSM is a fast and frantic local multiplayer arena game  where you and a friend take control of a couple of cats with particularly volatile attitudes, and blast through each other's nine lives with a variety of unique bombs, all while trying to maintain your footing as the terrain is gradually demolished. Players with platforming skills will be at a serious advantage here.

Your standard yarn bombs are dangerous, but you can make yourself even more deadly by snatching a crate containing one of the game's power-ups, including floating remote bombs that explode on command, fast-flying missiles, homing ghost bombs, and more. Or, you can go in for a close-quarters scratch attack if you're feeling bold. Remember, if you can reach them, they can reach you!

- 14 unique stages, each with an alternate "REMIX" version (28 stages total)

- Every type of attack can be turned against you in one way or another (so be careful!)

- Physics behaviour: Bombs will now be stopped with they hit players. This behaviour can be turned off in the options menu.

- Fixed bug that caused explosions to be muted

check my devlogs for info on previous updates

You will need two game controllers to play this game.

As the button icons in the game suggest, I designed the game with Playstation in mind. This was for no reason other than that the only controllers I could get to work on my PC were my Dualshock 3s and Dualshock 4s. As of version 1.6, Dualshock 4 controllers should work natively on Windows. I have no idea about the MAC or Linux versions, or any other game controllers, but I'd be more than happy to hear about your experiences.

Check the attached README.txt file if you need help with setting up your controllers if necessary.

Note: While the game is exclusively two-player, you can use the spacebar to activate player 2 during the match start sequence if you just want to see how the game feels.

Note: I'm temporarily removing the MAC and LINUX versions until I can work out the controller input issues.

If you encounter any problems with playing CATACLYSM, or you'd like to provide feedback, please leave a comment down below.

The game is free for you to download, and if you enjoy it please consider donating.  <3

Any chance of a Linux build?

Hey, Liam. Thanks for your interest in my game.

I'm not sure if you're familiar with Unity, but it makes building for different platforms super easy. The only thing is I don't use Linux and I'm not 100% confident I'll be able to get it running, or troubleshoot issues that may pop up in that build specifically (if there happen to be any).

That said, I've gone ahead and uploaded a Linux build anyways. I'm expecting that it will just work, but I'm going to try to get Linux going for myself right now so I can try it out.

Thanks a lot! It seems to work quite nicely, the only issue is when in fullscreen it's not quite correct as there's a space at the top of the screen that's blank, but apart from that it seems okay :D

Thanks for letting me know.  I'll see what I can do about the blank space problem.

FYI...I downloaded the mac build and it did not work. (as stated earlier you cannot test the build)
There are only three files in the mac version. Application, license.txt, and readme.txt

That's very strange, as when I download it myself, I have to two text files and a folder called CATACLYSM.app which contains everything needed (including the actual .app file). I suspect that this is a problem with the name that Unity gave to the folder when I made the build. I've renamed the folder to simply "CATACLYSM" and re-uploaded.

Thank you for letting me know though! I'm going to look into renting a MAC book from the library or something so I can try it out myself. 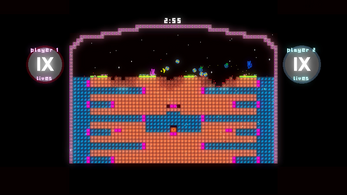 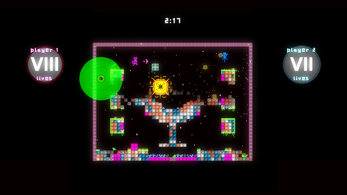 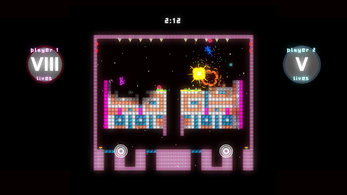